Never be bullied into silence. Never allow yourself to be made a victim. Accept no one’s definition of your life; define yourself.

My whole life I recall being told: be quiet, stop talking, don’t shout out the answers, you can’t say that, keep your trap shut, shush, be silent, pipe down, don’t speak out of turn and hold your tongue along with a multitude of other colloquialisms to stop me from verbally expressing myself.

As a young child I was quite the little chatter-box, I would talk and talk and talk and make up little songs. I would say what I felt in the way that I felt it even if that meant saying something out of turn or telling you I didn’t like you. Even if it meant I might get into trouble.

I can recall an aunt and uncle visiting and “my mother saying are you going to kiss uncle so and so goodbye” and me telling her ” No! I wasn’t because he felt like a mean man”. Well you can imagine how that went down.

I can recall telling my teacher ” when you were in you life before this one you had a baby but it died and you were very sad”. She was pretty shocked and asked my parents to come in to have a chat.

I remember many occasions when I spoke of the “people” who would visit my room at night or the “angels” who came and sang with me, only to be told or overhear the adults say that I had a very over active imagination or worse that I was telling lies.

One time, when I was about 4, I told my mother very calmly “you say you love me but you don’t really” very matter of factly like I had commented on the weather or what colour dress she was wearing. She attempted to laugh it off and told me not to be so silly but I could feel it was true. But in that moment I also felt her sadness and her hurt. The hurt she carried from her parents not truly loving her. I was able to feel the lost little girl in her that was crying out to be adored for who she was in the way I wanted her to adore me for all of who I was.

Looking back it was in that moment that I realised that sometimes it didn’t do to speak your mind as people’s feelings got hurt or they reacted to what was said. It pained me to feel their sadness, anger, devastation or loss. It pained me so much that not only did I start to hold back my natural way of expression but I began to withdraw into myself and away from other people.

I was sensitive to the vibe that a person gave off to such an extent that I was able to gauge with whom I could be open and with whom I needed to be guarded. I began to shut myself down like a dimmer switch to suit the mood and adjust to the people around me so they could feel comfortable and I needn’t feel their pain.

I gradually stopped saying what I felt and started saying what I felt others wanted to hear. I compromised my truth and who I was in a desperate attempt not to rock the boat, trigger a reaction or cause offense. I became quieter and quieter but inside it was agony like a pressure was building and I was going to explode.

And explode I did …. in fits of rage and fury, angry at the World for not being “right”, devastated by the emotions I was so intensely aware of, furious at a society that asks us to be nice and good and polite instead of loving and true. Incensed at a World that would not let me be me.

The more I swallowed my words down the more pain I had inside, I felt lost, hopeless, isolated, misunderstood and incredibly lonely. But words are not are the only expression the way my body moved and how I did things altered, there was no tenderness, delicacy or gentleness in my actions. I was nothing like the carefree young child who used to frolic in the long grass with the angels.

Recently I learnt I no longer needed to be this way and through a series of personal development workshops and healing sessions and the choice to live more honestly and loving of who I am I have been able to find my voice again and start to live from who I am inside.

I now trust my feelings and express my truth both with my voice and the way my body is and moves.

Yes occasionally the truth appears to hurt but being silenced by a World that bullies us to be something or someone we are not hurts us so much more.

10 thoughts on “Define Yourself – Be Who You Naturally Are” 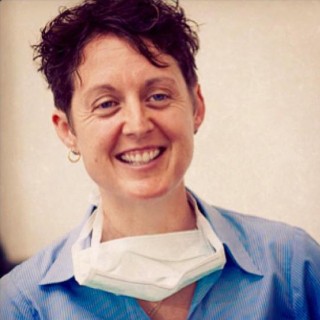